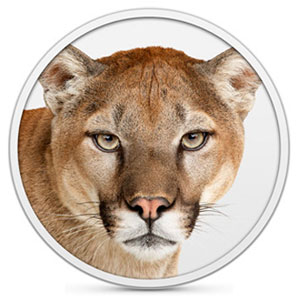 Apple has become the darling of the design world. Everything by Apple, every product, style, ads instantly becomes canon and is copied and emulated, celebrated as a new standard. Of course this extends to Apple’s famous user interface used in products such as Mac computers, its iPad tablet and of course the iPhone mobile smart phone. However, what many hold as a standard of good design is actually bad design forcing users to adopt one way of using a product, and not usually for their benefit.

First thing, when thinking about problems with Apple’s user experience, the term that came to me while I was figuring in deep thought was the concept of redundancy in a user interface which allows a user to use a feature within an a device through several different interface and methods. There are many roads offered to the user to allow them to achieve a goal when using a device. However, just to be sure, I search the term “redundant interface design” just in case someone had already discussed or named what I’m seeing with Apple the same way. It turns out that there is a lot of literature on redundant interface design, but is has more to do with architecture of devices and connection than user experience. It’s more something to do with how a router or a network is built. So my definition of redundant interface design has nothing to do with that literature promoted mainly by Cisco.

Now that we have that out of the way, let’s discuss redundancy in a user interface. For me, redundancy is how a user can use a mouse, a keyboard, a touch screen, or any input method to move from one end to the other. Or example, if I want to open a new document in Adobe Photoshop for Microsoft Windows, I can simply click on the grey background, which will open up the file Open pop up menu; I can go into the top menu of the application and select File/Open and the same pop up menu will appear; I can right click the document outside of Photoshop and select Open With, which will trigger the document to be opened through Photoshop; I can drag and drop the thumbnail of the document on the Photoshop icon at the bottom of my Window stat bar and again, it will trigger both the document and Photoshop to open; or I can double click the document’s thumbnail, and if it’s of the right type or pre-arranged to open first through Photoshop, the document will again open up. There are of course a few other ways to open that document of course, but I think you get my point. There are several ways that I can open the document in Photoshop and as a user it’s up to me to decide which way I want, or because of the stage I am in my workflow, I may prefer one method against another.

This is all fine when using a Microsoft Windows 7. There are similar means to open a file in Photoshop on a Macintosh computer, but with the advent of MacOS x Mountain Lion, these options are being curtailed by Apple in its quest to uniform how users use their computers. Case in point, the Save As feature used in Mountain Lion which Apple changed completely. It used to be that the Save As feature would allow a user to edit an existing document and save the changes to that document as a new one. It would leave the existing document untouched and unchanged and make a copy with the latest changes. Apple changed that. In Mountain Lion, the Save As feature now saves a new copy of the existing document with the new edits, but also saves the edits to the first document. The two documents are the same and therefore, the whole point of editing a document and saving the changes through a safe copy are lost to users. There are workarounds but they are not elegant and get in the way of the user’s workflow. If I want to save changes to a Photoshop file using the Save As feature, I will erase my existing document. Why does Apple think this is useful to a user is anyone’s guess.

However, this is just one way in which Apple continuously continues to cripple the user experience of its users by forcing changes which are deemed necessary somewhere within the company but do not ultimately benefit end users. It’s the way with many Apple products. They all have these constraints, and these barriers. How about the one button mouse forcing users to use their keyboard to launch a contextual menu? That’s one click too many. How about how MacOs is more and more becoming a clone of iOS? MacOS, like any computer operating system was created to power both a creation and a consumption device. iOS, on the other end, is a mobile platform intended more for passive usage than creation. How about last year’s debacle with FinalCuts Pro when Apple decided they would simply remove features from their flagship products and make it more in line with a consumer product like iMovie? What was the benefit to users?

Redundancy allows users to use various means to achieve an end while using a system. Some users would prefer a simpler interface, but that doesn’t mean that everyone who uses MacOS wants a simple user interface that sacrifices functionality and flexibility in the name of simplicity. Unlike Windows, MacOs is beginning to serve a one size fits all interface which means its products, followed by legions are offering less to users than in the past. I’m not sure exactly where Apple is going with this, but the professionals who were the ones to stick with Apple for years may start jumping off the ship if Apple continues to limit what they can do with device they use to create contents. That is, of course, unless Microsoft is determine to be more Apple than Apple, and to dumb down Windows 8 too.